JESUS CHRIST- THE MASTER OF THE UNIVERSE 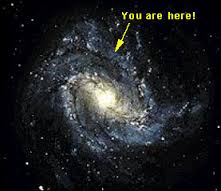 WHERE IN THE WORLD ARE WE?

JESUS CHRIST- THE MASTER OF THE UNIVERSE

by Drgold who wrote- ‘Some info for your blog- re the Gospel in the Stars’.

This post provides great background information for learning about God’s creation when ‘In the beginning God created the heaven and the earth.’  (Gen 1:1)

WHAT IS THE UNIVERSE, how old and how large is it, and how many planets, stars, and galaxies does it contain?

The Universe is everything in the heavens that surrounds our planet Earth. Ge1:1 states ‘In the beginning God created the heaven and the Earth’. Scriptures declared that Jesus is the Creator of the Universe ‘..by whom also  he (Jesus) made the worlds’ He1:2; that ‘.. ALL THINGS were made by (Jesus); and without (Jesus) was not any thing made that was made..’ Jn1:3. Jesus upholds ‘.. ALL THINGS by the word of his power’ He1:3. JESUS, THE MASTER OF THE UNIVERSE, by His awesome power, upholds ALL THINGS, such that nothing collides and crashes, but everything remains in their proper order, rotation, and orbit in space.

Astronomers probe the Universe daily, using mega-telescopes in pristine mountain locations, to scan and study the night skies. Vast information has been gathered since the 20th century with great advancement in telemetry, satellites, and computers. One great advancement was the 1990 launching of the Hubble Space Telescope in a low-earth orbit.  Still in operation today, the Hubble telescope is discovering new planets, stars, and galaxies, and sending spectacular and beautiful pictures of the outer reaches of our Universe, never seen before.  Scientists place the Universe at about 14 billion years old, and the Earth, 4.5 billion years.

Since the Universe is still expanding, its size may be infinite.  Presently, it has a radius of about 46 billion light-years, a light-year is a distance equal to about 5.9 trillion miles. In the Universe, there are innumerable planets, and over 100 million galaxies, with over 300 sextillion (3×1023) stars. Our Earth, the Moon, and the Sun are in the Milky Way Galaxy, roughly 100,000 light-years in diameter. The distance from the Earth to the Moon is only 235,000 miles, and to the Sun, 93 million miles. Our Sun is so large that about 1.3 million earths could fit in it, with temperatures over 5600° C.  But our Sun is small relative to many other stars; the largest known star being 2600 times greater. (Source- Wikipedia)

Our Universe is held together in perfect balance by THE WORD OF JESUS’ POWER He1:3. If the Earth was much further away, or closer in its annual orbit around the Sun, we would either freeze or roast to death. Also, the  Moon besides giving us light at night, its gravitational pull controls the tides in the oceans such that beaches and harbors would not have extreme tidal changes, and the moon keeps the Earth from wobbling in its daily rotation. Though the Earth is 4.5 billion years old, man’s time on it has been very short, being only about 6000 years from Adam to us today.

So why did Jesus so long ago put so many stars in the heavens, and made the Universe so vast with all its energy, power, and glory, and for what purpose? Ecc3:1 states ‘To every thing there is a season, and A Time To Every Purpose Under The Heaven’. 1Co2:9 states ‘Eye hath not seen, nor ear heard, neither have entered into the heart of man, the things which God hath prepared for Them That Love Him..’. Since God is Almighty and very purposeful, He has a great Eternal Plan for the Universe, and also for those who love Him.  (Over 4,000 years ago, God revealed His plan for mankind in the  Mazzaroth or  Zodiac/Biblical astrology before it was corrupted into modern astrology which has its focus on horoscope- my note).

Hopefully, this brief discussion will give everyone an appreciation of THE GREATNESS OF JESUS CHRIST– THE MASTER OF THE UNIVERSE!

NOTE TO VIEWERS: Look for future posts to SIGN WATCHER’S JOURNAL on  Side Bar ‘Categories’.  Hope to see more of you ‘Sign Watchers’!  MARANATHA!  The LORD cometh!

Posted in Hearing From God And His Word, Sign Watcher's Journal, Teachings and Exhortations